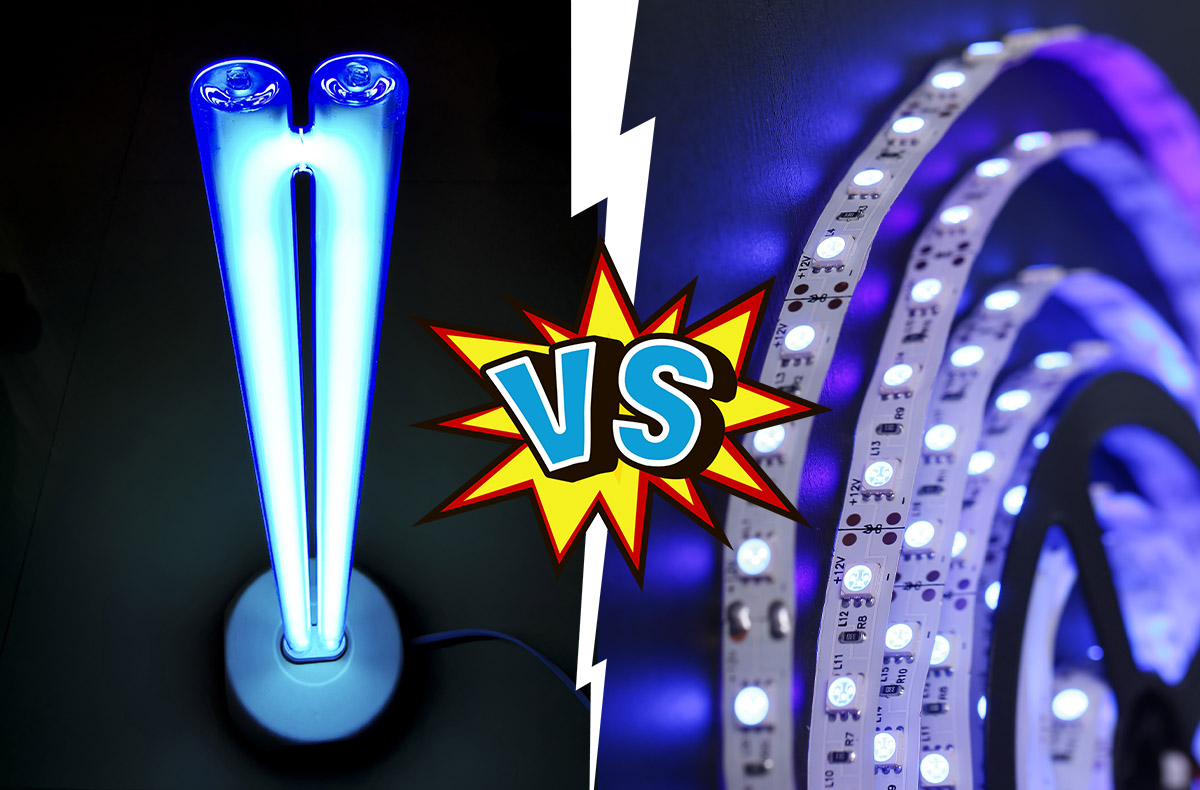 UV wavelength corresponds directly to the amount of time needed for effective exposure. The shorter the wavelength, the higher the frequency and greater the power. Greater power means the exposure time required to kill microorganisms is less. UVC at longer wavelengths and lower frequency/lower power is safer for the user, but a longer continuous exposure time is needed to kill microorganisms.

UVC’s germicidal eradication efficiency reaches peak activity around 265 nm. All wavelengths of UVC light will penetrate and damage the DNA and RNA structures of microorganisms. But UVC does so most effectively and in the shortest amount of time at the 265 nm wavelength (1).

LEDs and lamps are the two options available for UVC disinfection. It is important to consider several factors when comparing the two.

An advantage LEDs have is that they provide a specific light output, such as the optimal 265 nm. Whereas a lamp is limited to 254 nm.

LEDs can be arranged in a way to cover more specific areas and with greater intensity. This allows UVCs to make better use of UVC power with their focused directional output.

Lamps typically require a warm-up time before they reach full output power. Likewise, turning lamps on and off again greatly reduces their overall lifespan. As a lamp ages, more and more voltage is needed to produce the same amount of light until the lamp fails. This is why they become less and less efficient over time.

Unique features of the Element Grow Katana not seen in competitor LED products:

** System efficiency is the measure of light that actually reaches the target area after all losses are accounted for (lumens/watts).